Native Hawaiians are gentle and forgiving people. Following the discovery of Hawaii, it has grown to be the melting pot of the Pacific. As such, it has developed a tolerance for all races and religions and the right for folks to live as they choose is deeply ingrained. Tolerance is so important to the Hawaiian people that the state embodies non-discrimination in many state laws.

One such law is the state Public Accommodations Law that bans merchants that provide overnight accommodations to transient guests from refusing to discriminate based on sexual orientation, ancestry, religion, race, disability, or gender.

Recently, a Hawaiian court handed down a ruling that affirmed the state law.

A California couple sued the Aloha Bed & Breakfast for discriminating against them during a visit there in 2007. The two, Diane Cervelli and Taeko Bufford sought to spend a night at the Aloha B&B located in Hawaii Kai. Hawaii Kai is a residential community in Honolulu where the friend of the couple lives. Since they were visiting the friend for a few days, they wanted to be close and the Aloha B&B was the perfect spot.

Unfortunately, the owner of the B&B did not agree. When Cervelli told the owner they would only need one bed, owner Phyllis Young inquired if they were lesbians. Ms. Cervelli, being truthful told her that they were. At that point, the owner said that she had strong religious beliefs and felt uncomfortable allowing lesbians to stay in the B&B.

Young believed that her decision was proper as it was based on her religious beliefs. She felt that religion trumped anti-discrimination law. As things developed, a judge had to decide the issue.

The Lawsuit and Decision

The couple initiated their lawsuit in 2011. The case was decided on April 11, 2013, when the judge presiding over the trial agreed that the facility discriminated against the couple based on sexual orientation and ordered that the practice is stopped.

Following the ruling, the attorney for the defendant complained that the judge ignored his client’s first amendment rights. The attorney, Jim Hochberg said that it was important for this decision to be made known to the public as it could have far-reaching consequences.

But, the Hawaii Civil Rights Commission had joined the lawsuit against the Aloha Bed and Breakfast. Following the decision, the commission’s Executive Director, William Hoshijo said:

“The court’s decision is based on Hawaii’s strong state civil rights laws which prohibit discrimination. When visitors or residents are subjected to discrimination, they suffer the sting of indignity, humiliation, and outrage, but we are all demeaned and our society diminished by unlawful discrimination.”

Lawsuit About Discrimination Based on Sexual Orientation Rising 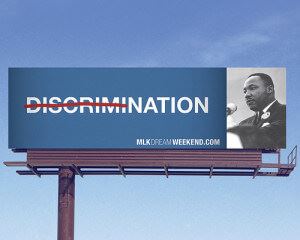 It seems that as more and more Americans view same-sex relationships as being normal, a greater number of people are turning to the courts when they are discriminated against because of sexual orientation. Laws against discrimination due to sexual orientation are becoming more prevalent as same-sex marriages are being allowed in more states.

People who believe they have been victims of discrimination based on sexual orientation should contact an experienced civil rights lawyer.