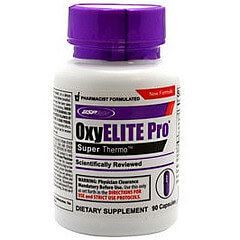 We should all be glad that GNC has decided to stop selling OxyELITE Pro and remove them from store shelves. A similar action must now be taken nationwide along with an investigation into this product and others that claim to be fat-burning supplements.

OxyELITE Pro had been marketed nationwide as a “fat burning” supplement. It was sold by major retailers including GNC, despite warnings that had been issued by the Food and Drug Administration.

Now, state and federal officials are investigating a link between OxyELITE Pro and recent cases of serious liver damage and failure.

To this date, there have been twenty-nine confirmed cases of liver disease linked to users of OxyELITE Pro. Eleven of the OxyELITE Pro users required hospitalizations, two required liver transplants, and one person has died. In twenty-four of the cases, OxyELITE Pro was the only common supplement that had been consumed.

On Tuesday, Hawaii State Health Department Officials traveled from store to store urging retailers to remove OxyELITE Pro from their shelves while the Food and Drug Administration and Centers for Disease Control continue to investigate the cause of the liver problems.

State Health Director, Loretta Fudday, stated: “We feel at this point in time that we have enough of an association between [OxyELITE Pro] and the cases that we are investigating that we feel it is time to take more formal action.”

The actions by state officials coincided with a statement issued by Dallas-based USPlabs LLC, who manufactures OxyELITE Pro. It announced that it had stopped the distribution of two of its formulas due to the Hawaii investigation.

The FDA had issued a warning to USPlabs in April of 2012, that one of the ingredients used, DMAA (also known as 1,3-dimethylamylamine) was being used illegally.

Despite the warnings by the FDA, USPlabs continued to manufacture OxyELITE Pro and GNC continued to sell products containing DMAA.