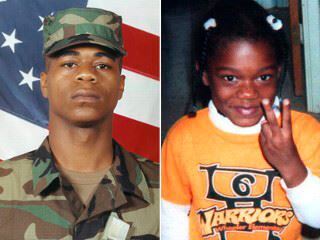 Five-year-old Talia Williams’ short life was not one filled with childhood fun and games. Her last seven months were spent living in daily fear at Schofield Barracks with her severely abusive father, Nageen Williams and his wife, Talia’s stepmother. According to the medical examiner who performed her autopsy, the child was literally tortured to death. The final blow left the father’s knuckles imprinted on Talia’s chest. The former army soldier was convicted and is now serving a life sentence without the possibility of parole. The stepmother, who in exchange for testifying against the abuser, received a reduced prison sentence of 20 years.

On behalf of Talia’s mother, Davis Levin Livingston recently won a $2 million settlement from the government for its failure to protect Talia from her abusive father. The firm’s investigation uncovered how this tragedy could most likely have been prevented if it had been reported to the state’s Child Protective Services (CPS). Unfortunately, a little known military law allows suspicions of child abuse that occur on a military base to go unreported to the state’s Child Protective Services (CPS).

As the law stands now, in the military, if anyone suspects child abuse, it is reported to the suspicious person’s supervisor, not to CPS. In the course of the investigation for the civil suit, the attorneys discovered that there were teachers, doctors and military police officers who all suspected Talia was being abused. They all followed the law and reported their suspicions to their supervisors. And, there it stayed. While Talia was suffering from untoward pain and daily abuse, no one acted to protect her.

Davis Levin Livingston is not content with just accepting settlement money. The firm is committed to seeing the law changed so that another child does not needlessly die a horrendous death. They have proposed, along with Talia’s mother and other interested parties, a change in the law.

The proposal has been sent to the Secretary of Defense and Hawaii’s four representatives in Congress. The law, called Talia’s Law, would continue to require military personnel to report suspicions of abuse to their supervisor, but they would also be required to report it to CPS. Talia’s Law has the potential of preventing further deaths of children in abusive situations.

For more information on the proposed Talia’s Law, or if you lost a child or other loved one due to the negligent acts of another, call Davis Levin Livingston. The attorneys offer a free evaluation of your case and they will then help you decide how to proceed.