Davis Levin Livingston takes on birth injury claims for clients in Honolulu and throughout the Hawaiian Islands, and they have been fighting for injured children for over 40 years. During this time, their Hawaii cerebral palsy lawyers have helped families secure the financial compensation they need to pay for the medical treatment and other costs associated with the treatment of serious birth injuries caused by medical malpractice. 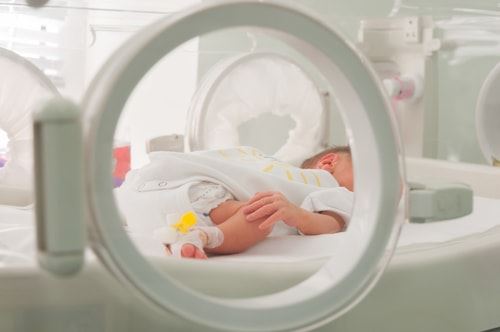 If your child was diagnosed with cerebral palsy and you believe malpractice may be to blame, call (808) 740-0633 for a free consultation with Davis Levin Livingston.

What Is Cerebral Palsy?

Cerebral palsy refers to a number of different neurological disorders arising from damage to the area of the brain that controls body movement and muscle coordination. In addition, those who suffer from the disorder have trouble with their posture and balance. There are varying degrees of the disorder. Some people are hardly affected at all and others are debilitated to a degree that requires them to have life-long care.

According to the Centers for Disease Control (CDC), cerebral palsy is the most common motor disability and affects one in every 323 children. Unfortunately, there is no known cure. Some causes of cerebral palsy are not known. There is speculation that it could be caused by abnormal brain development during gestation due to a genetic defect for which there is no prevention. Another cause may be a maternal infection that affected the normal development of the brain. One known cause is a traumatic birth injury, which is almost 100 percent preventable.

Although not all cases of cerebral palsy are due to birth injuries, many are caused by medical malpractice that occurred during labor and delivery or shortly before birth that result in a perfectly normal fetus being injured to a degree that the baby is born with cerebral palsy.

What Are The Symptoms Of Cerebral Palsy?

There are different types of cerebral palsy, but some symptoms all have in common include:

When cerebral palsy is due to a birth injury, there may be other types of neurological damage resulting in problems with speech, hearing, and sight. The affected baby may even suffer from bladder control and epilepsy. As the child develops, psychological disorders may become apparent. The only good news is that it is not a progressive disorder so it will not get worse.

Is There Treatment For Cerebral Palsy?

There is currently no known cure, but studies are ongoing in search of one. Depending on the severity and what muscles are involved, surgical intervention along with physical and occupational therapy may help. There are various medications that may alleviate symptoms.

Talk to a Cerebral Palsy Lawyer at Davis Levin Livingston

Although it may seem straightforward to parents of a child with cerebral palsy, proving the cause of the disorder is due to medical malpractice is complicated and difficult to prove. A birth injury lawyer from Davis Levin Livingston can meet with you and review all the facts of your case. The attorney will gather evidence and have a professional review the medical records. Medical experts may be consulted to determine if the disorder was preventable and caused by medical malpractice. If you have a valid claim, you may be able to collect damages including all medical costs for your child for the child’s entire life. There may be other compensation available to you depending on the nature of your case.

Trying to link malpractice to cerebral palsy is no easy task, but the Hawaii cerebral palsy attorneys at Davis Levin Livingston have the resources and the know-how to effectively handle these complicated cases. They have over 40 years of legal experience and a medical director and nurse on staff to appropriately address the legal and medical aspects of your cerebral palsy claim.

Time is an important factor; the law requires you to file your compensation claim within a certain period of time after you discover the injury. Consult our attorneys as soon as possible and do not take the risk that you will be shut out of the courthouse because you filed your claim too late.

View Results
About Our Firm
Contact Our Firm Today