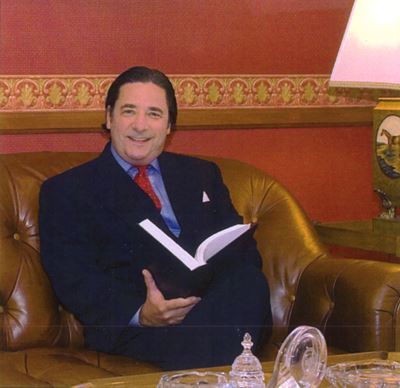 But his favorite shows him and a current Supreme Court justice posed on a tennis court in their tennis whites. Davis reads the inscription aloud, “To Mark Davis, who like me should not give up his day job. With best regards, Antonin Scalia.”

Returning the framed photo of the Supreme Court justice to its place, Davis quips, “I told (Scalia) I tried to make my serves far to his left so he would be in unfamiliar territory.”

For Davis, familiar territory is the courtroom, where he’s practiced his craft for 33 years. He’s won cases ranging from record-breaking judgments against the United States for medical malpractice suits arising out of Tripler Army Medical Center, to a case related to Bill Gates’ wedding on Lanai, in which a journalist was arrested, and which, among other things, resulted in a monetary settlement for the journalist and 40 high-tech computers and modems for Lanai’s high school, which also received $25,000 to start a college scholarship fund.

“It’s a life for me that’s never boring,” says Davis, a founding partner of the law firm Davis Levin Livingston, who was recently named president-elect of the Inner Circle of Advocates, a prestigious 100-member lawyers group of which he is the only member from Hawaii.

“I remember walking into my first meeting and being greeted by Johnnie Cochran and John Edwards (now a Democratic presidential hopeful) and some other people that were literally legends,” recalls Davis, who joined the group in 1988. “They immediately invited me to sit down for lunch and wanted to know about my cases, and they shared information about their cases.”

Group members have become his “close, personal friends” who are eager to help with brainstorming about how to approach a case or present a case to a jury, says Davis, a graduate of Tulane University and Washington University School of Law in St. Louis.

“That’s been the nature of my experience with this group, and having been selected as the president is even more, from my standpoint, an overwhelming honor. It’s an opportunity for me to hopefully bring the group to Hawaii for a meeting, which they’ve never done, and also allow further conversation and exchange of information, which has proven to be so valuable to me when I’m in a courtroom.”

In the courtroom Davis shows a “very keen strategic sense,” says law partner Mike Livingston. “That’s a reflection of his vast experience and his creativity.”

Davis is well-respected by both plaintiffs and defense lawyers, judges and others in the legal field for his ability to keep courtroom disagreements from deteriorating into personal attacks, Livingston says, adding that Davis’ name was once submitted to President Clinton for consideration for a federal judge-ship; it went to Helen Gillmor.

Davis grew up in the Midwest and came to Hawaii in 1974 to work for the American Civil Liberties Union at a time when the Vietnam War and Watergate were pricking the American public’s conscience. Indeed, as a third-year law student, he had a front-row seat for the unfolding Watergate scandal, serving on a team of lawyers researching legal precedents for impeachment, and he was in the middle of co-authoring a book on impeachment when Nixon resigned – putting an end to the unfinished work.

Davis tried the first Civil Rights Act of 1964 Title VII employment discrimination case brought to trial in a Hawaii federal court. He is also a former national board member for the ACLU and has been a member of the Association of Trial Lawyers of America for almost 20 years.

Davis, who lives in Manoa with his wife, Janie, has two daughters. His eldest daughter, Erin, followed him into the profession. “She has her very first trial today,” he says, beaming. “I’m excited to hear the results.” (The state dropped the charges against her client at the last minute.)

Davis also serves as an adjunct professor at the University of Hawaii law school. His firm welcomes student interns from UH and abroad to help expose them to mentoring and experience working in a law firm.

In 1988, Davis and another lawyer, Raymond Tam, donated a total of about $60,000 of their fees to establish an outpatient clinic of the Rehabilitation Hospital of the Pacific in Hawaii Kai. The fees stemmed from a drunken driving case in which a 16-year-old girl was killed and her brother paralyzed. Their friend was also killed.

A highlight of Davis’ career came as a young lawyer. He represented a client who was hit in a parking lot in a Honolulu shopping center, which he argued had failed to install a crosswalk.

The defense denied needing one, but “two weeks after we settled they had a crosswalk,” he recalls.

“For 30 years every time I go by there, I see that to be a (reminder) of what we did. That’s a very good feeling that you’re doing something with your skills.” 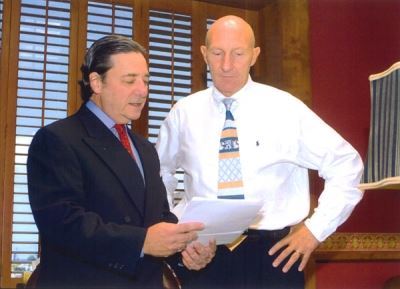