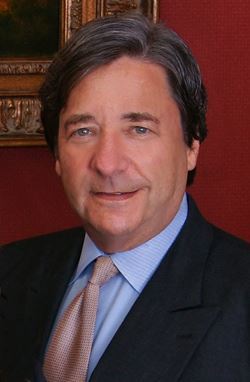 Best Lawyers, the oldest and most respected peer-review publication in the legal profession, has named Mark S. Davis as the “Honolulu Best Lawyers Personal Injury Litigation-Plaintiffs Lawyer of the Year” for 2012. The publication has also named Michael Livingston as one of The Best Lawyers in America in the area of medical malpractice.

After more than a quarter of a century in publication, Best Lawyers is designating “Lawyers of the Year” in high-profile legal specialties in large legal communities. Only a single lawyer in each specialty in each community is being honored as the “Lawyer of the Year.”

Best Lawyers compiles its lists of outstanding attorneys by conducting exhaustive peer-review surveys in which thousands of leading lawyers confidentially evaluate their professional peers. The current, 18th edition of The Best Lawyers in America (2012) is based on more than 3.9 million detailed evaluations of lawyers by other lawyers.

The lawyers being honored as “Lawyers of the Year” have received particularly high ratings in our surveys by earning a high level of respect among their peers for their abilities, professionalism, and integrity. Inclusion in Best Lawyers is based entirely on peer review. For 28 years, the top lawyers in the U.S. have helped make The Best Lawyers In America the leading legal referral guide by candidly evaluating the work of other top lawyers in the same practice areas and geographic areas. Whether by telephone, e-mail, or fax, we ask voting lawyers the same question, “If you could not handle a case yourself, to whom would you refer it?” Lawyers are asked to give nominees 5-1 numerical grades – 5 for a lawyer the voter would certainly refer a case too, 4 for a lawyer the voter would probably refer a case too, and 3 for a lawyer the voter might hesitate to refer a case too. Lawyers are allowed to give pluses or minuses in order to make their votes more precise.

Mr. Davis is a founding partner of the Honolulu law firm, Davis Levin Livingston. The firm practices throughout the Hawaiian Islands.

Steven Naifeh, President of Best Lawyers, says, “We continue to believe – as we have believed for more than 25 years – that recognition by one’s peers is the most meaningful form of praise in the legal profession. We would like to congratulate Mark S. Davis on being selected as the ‘Honolulu Best Lawyers Personal Injury Litigation-Plaintiffs Lawyer of the Year’ for 2012.”