If you live in Honolulu, you could be charged with distracted walking if you pull out your cell phone while crossing a crosswalk. It may not seem logical that the city has a law in place to stop this practice, but after numerous accidents and financial losses for both pedestrians and drivers, it has become a necessary investment.

What Is Hawaii’s Distracted Walking Law? 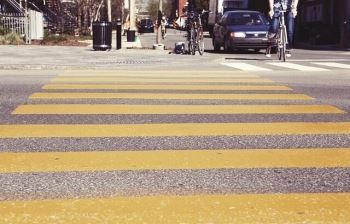 Texting and walking in a crosswalk can result in a ticket under Honolulu’s new distracted walking law. The law, which falls under Sec. 15-24.23 Mobile electronic devices, of the Revised Ordinances of Honolulu 1990, is now in effect. Also known as Bill 6 or the Distracted Walking Law, the law makes it very clear that the only legal reason to look at a cell phone while in the process of crossing a street or a highway is to call 911. Any other use of a phone, tablet, or other electronic devices in a crosswalk or street can cost you. The law, which was signed into law in July, was actually put into effect as of October of 2018.

In Honolulu, if you are caught violating this law, you could face some pretty steep fines. If you are walking across the street, for example, while checking your phone, it could cost you $35 in an initial fine. A second offense raises the cost to $75, and a third to $99.

While Honolulu is the first major city in the country to put in place such a law, the fact is, distracted walking is a problem in many cities across the country. How can you remain safe as a pedestrian, then?

Being a safe walker can be just as important as being a safe driver. In some cases, pedestrians suffer injuries from the actions of a driver. However, in many other cases, the losses occur as a result of the pedestrian’s mistakes or lack of focus on what is going on. You do have the legal right to compensation if someone strikes you when it is their fault.

Did you know that distracted walking is a growing problem? As reported by CNBC, in 2016, there were 5,987 pedestrians killed across the US in traffic accidents. This is the highest number in 28 years. According to the Insurance Institute for Highway Safety, there has been a 46 percent increase in the number of pedestrians dying since 2009. By comparison, the total number of people dying in traffic-related deaths in that same period has only risen 11 percent.

The American Academy of Orthopaedic Surgeons conducted a survey that found some startling information in a study they conducted. They found that, since 2004, the number of pedestrians using their phones and involved in an accident while walking has doubled. In their survey, they found 78 percent of adults in the US believe distracted walking is a serious concern.

Another study, this one from 2013 and reported by ScienceDirect found that 1,500 people were hospitalized across the country for distracted walking of some type.

Closer to home, the Honolulu police department reports that they issued 10,000 citations for mobile electronic device violations in 2017. These, of course, do not include any under the new law. However, it shows that the police department will take this law seriously.

Have You Suffered Injury as a Result of Negligence?

Our team at Davis Levin Livingston is available to help you. If you have questions about Honolulu’s distracted walking law, or you’ve been the victim of someone else’s negligence, call our offices for a free, private consultation. You can call (808) 740-0633 or use our online form to request an appointment now.