Did you know that hypoxic ischemic encephalopathy (HIE) is believed to be the most common form of brain injury suffered at birth? Approximately 3 in every 1,000 children born in the United States each year will experience HIE to some degree. Yet, despite its common occurrence, most people would admit that they do not know much about HIE.

In order to spread more information about HIE, its causes, and its consequences, Hope for HIE has announced that April 2019 is HIE Awareness Month. As an organization, Hope for HIE raises awareness of HIE, provides engaging educational tools for people to use to learn about it, and offers support for people living with it. In particular, Hope for HIE is a great cause to help parents adapt to raising a child with HIE. Without this group, many parents would not know where to begin when faced with such a harrowing situation.

In many cases, HIE is caused by medical malpractice, or the mistake of a medical practitioner during delivery. When a baby’s brain loses oxygen or blood flow, HIE is likely to occur, and it may cause permanent lifelong effects. This is where Davis Levin Livingston steps in and plays our part in observing HIE Awareness Month. 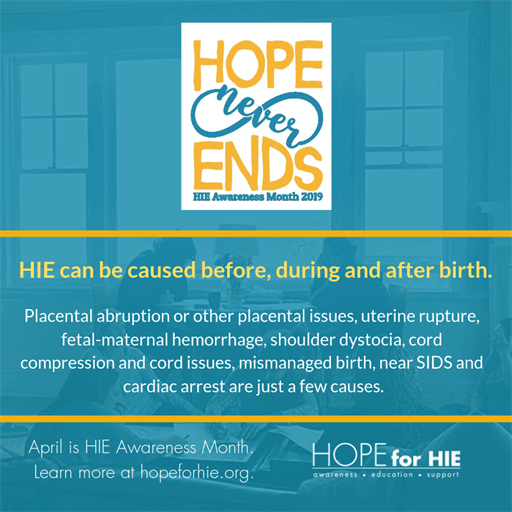 Our attorneys are known throughout Hawaii as being leading birth injury lawyers. We have helped many parents throughout our years seek justice for their child who was born with HIE due to a doctor’s mistakes.

HIE can be caused by many problems, including but not limited to:

By observing HIE Awareness Month and also spreading the word of this important campaign, we hope to help more people understand that they are not alone if their child was born with HIE. Perhaps more importantly, we want people to know that they have legal options to pursue compensation to help them pay for all the damages they and their child have suffered. Medical costs and lifelong care in particular can become extremely costly, and a claim or lawsuit may be the only way to cover it.

Discover your options for filing an HIE claim in Hawaii with our help today. Call Davis Levin Livingston today at (808) 740-0633 for a free case review conducted by a knowledgeable legal professional.