Throughout the world, thousands of children and adults are affected by the neurological disability known as cerebral palsy (CP). Every March is considered Cerebral Palsy Awareness Month, allowing us to raise awareness and educate others about this disorder. 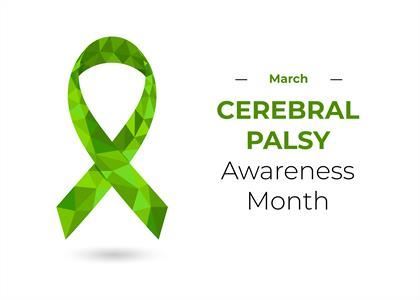 What is Cerebral Palsy?

CP is a condition from suffering damage areas of the brain which control balance, movement, and posture, often occurring during fetal development, at any point before, during, or after a child’s birth, or during infancy. This disorder affects an individual’s motor skills, mobility, and muscle tone.

The following are the different types of CP movement disorders:

CP is the most common physical disability among children—with over 800,000 Americans and more than 17 million people in the world living with the condition. Many people with CP also have other developmental disabilities such as autism, speech and/or hearing issues, blindness, and epilepsy.

Is There a Cure for Cerebral Palsy?

Unfortunately, there is no cure for CP. While some individuals rely on medication to help relax and control motions, others use different types of therapy (e.g. physical, speech, occupational, water, etc.) to become stronger and more flexible or otherwise improve the overall quality of life.

Since 2005, CP was given its own month of observance to ensure that children and adults with the condition have the same opportunities, access, and rights as anyone else in our society. The recognition was headed by Georgia Senator Johnny Isakson and Pennsylvania Senator Robert Casey, who both made a bipartisan declaration to bring CP to light in a national way.

The goals for National Cerebral Palsy Awareness Month include:

On National Cerebral Palsy Day, you can either wear green or wear a green CP awareness ribbon to show your support.

Davis Levin Livingston takes on birth injury claims for clients across Hawaii, and we have been fighting for injured children. Our Hawaii cerebral palsy lawyers have helped families for over 40 years secure the financial compensation they need to pay for the medical treatment and other costs associated with the treatment of serious birth injuries caused by medical malpractice.

For more information about cerebral palsy, contact us and schedule a free consultation today.