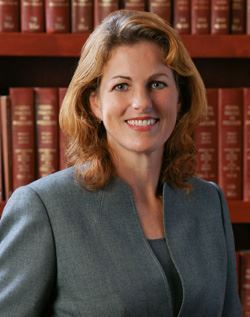 prosecutor, has joined the team at Davis Levin Livingston. Ms. Connors was raised in Hawaii and is a graduate of Punahou School. She received her B.A. from Yale University and her J.D. from Harvard Law School. Following law school, she clerked for the Honorable David Alan Ezra, then-chief judge of the United States District Court for the District of Hawaii. After her clerkship, she was admitted to the Department of Justice Honors program, where she worked as a trial attorney for the Tax Division. She also worked as a Special Assistant United States Attorney in the Eastern District of Virginia before joining the United States Attorney’s Office in the District of Hawaii.

Ms. Connors worked primarily in the area of white-collar crime. She conducted approximately 10 trials as a prosecutor, and also argued cases before the Ninth Circuit Court of Appeals. She is admitted to practice in New York and Hawaii. Ms. Connors will be a litigation associate concentrating on civil trial work. Ms. Connors joins Mark Davis, Mike Livingston together with the other firm’s lawyers, Loretta Sheehan, Erin Davis, Matt Winter, and Anne Williams.