The Kalalau Trail on the Island of Kauai is one of the most well-known trails in the entire state. Although many hikers seek out this trail for excitement, it is also known for its difficult terrain and high level of risk. But what happens if someone is injured or killed on the Kalalau Trail? Can a lawsuit be filed, or is the family forced to deal with all of the associated expense and loss on their own?

Why is the Kalalau Trail So Dangerous? 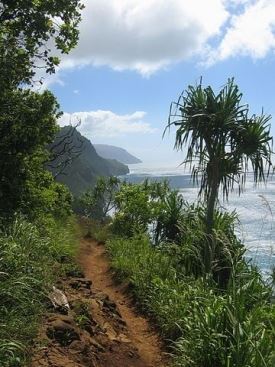 Found on the north shore of the island, the Kalalau Trail is approximately 11 miles long and full of countless dangers. Although some hikers can complete the trail in one day, most hikers will need at least two days to finish the 22-mile round trip. The state of Hawai’i issues a limited number of camping permits to hikers, allowing them to camp at one of two locations on the trail: Kalalau Beach or Hanakoa Valley.

This remote trail requires hikers to cross three major streams: Kalalau, Hanakoa and Hanakapiai. These streams can rise and fall quickly, posing a significant risk to hikers in the water. Many portions of this trail are also incredibly narrow. One of the most notable narrow portions of the trail is known as “crawler’s ledge.” It is found in the 7th mile of the trail and is characterized by an uneven, narrow ledge up against a cliff. This part of the trail is always treacherous, but it is particularly risky if it has rained recently. A single slip on this part of the trail can lead to the death of the hiker.

In spite of its dangers, the Kalalau Trail is one of the most frequently traveled trails in all of Hawai’i. In fact, many hikers arrive ready to hike the trail without fully understanding the dangers that lie ahead. To reduce the number of injuries, Hawaii’s Department of Land and Natural Resources produced a video explaining the dangers hikers may encounter along the trail.

A number of incidents have occurred along the Kalalau Trail. In 2012, for example, a woman fell near the beach waterfall on this trail and subsequently died. Another incident occurred in 2014, when a woman drowned while trying to cross one of the trail’s three streams. Also in 2014, the island’s fire department was forced to rescue 121 hikers in 48 hours because heavy rain had made it impossible for them to cross these streams.

Is the State Responsible?

Hawai’i has taken steps to protect itself from liability related to injuries and deaths occurring on the Kalalau Trail. The video produced by the DLNR is designed to warn hikers of dangers in hopes of both reducing the incidence of injuries and limiting the state’s liabilities. In addition, the DLNR requires any hikers planning to travel beyond Hanakapiai Falls or Hanakapiai Stream to obtain a state permit. The state has also tried to reduce its liability for accidents along the trail by posting warning signs in areas that are particularly dangerous, such as those that are narrow, uneven or steep.

Despite its efforts, the state may still be held responsible for injuries and deaths that occur on the Kalalau Trail or other state-maintained areas in Hawai’i. In fact, in 2015, the families of two hikers who died on a Kauai hiking trail were awarded a settlement in the amount of $15.4 million to be paid by the state. In this case, the state was held responsible for failure to adequately warn hikers of dangers in this particular area, even though another hiker had died in the same spot six months before. Thus, if an injured person or the family of a person who died on the Kalalau Trail can prove that the state wasn’t doing its part to keep hikers safe, it may be possible to obtain compensation.

In addition, hikers who are injured because of the actions of a third party, such as a tour guide or helicopter operator, may also be entitled to compensation.

If you or a loved one was injured on the Kalalau Trail, you can determine whether or not you have a case against the state or another party by seeking guidance from an experienced legal professional. Depending on the situation, you may be able to file a personal injury or wrongful death lawsuit and recover compensation for the expenses related to the accident. However, because the state will do everything in its power to avoid taking responsibility for the accident, hiring the right Honolulu injury attorney is essential. To discuss your case with an expert, contact Davis Levin Livingston today.